Our source of inspiration: The Franconian Highlands

If one were to drive from southern Bavaria to the neighboring state of Thuringia, they would likely pass right on by the Franconian highlands on the right-hand side, a.k.a. the Franconian Alps. Understandably, since the mountainous terrain does not lend itself to a quick visit. The Franconian Alps are well-known for its compact range of hills, rock cliff formations, caves, forests, castles, and castle ruins. A well-established climbing mecca, and well-known among rock climbers, the hilly landscape flanking the Wiesent River offers excellent conditions for a modern form of running: trail running.

Recently named the Trending Sport of 2022 by market research institute “statista”, trail running has grown in the last few years, as has the demand for trail running events. rail running begins where the paved road ends and leads along narrow pathways through nature. It’s not only a good way to explore one’s natural surroundings, but events seek out dynamic terrain to create an outdoor adventure.

In the Alpine regions of Europe, trail running is no longer a new trend. Trail running has won immense popularity over the last twenty years. The Alpine areas of Germany, as well as the highlands of south-eastern Bavaria have also long been attractive and in-demand areas for trail runners from all over the world.

You can find trail running everywhere, even in Franconia. In 2017, the central Franconian horseradish producer Schamel founded its own ultra trail running team, Team Schamel, in order to support talented athletes from the region. Ultra trail refers to distances longer than a marathon. From 50 kilometers to over 100 miles (161km), the sky is the limit.

Team Schamel consists of extreme mountain climber Florian Troeger from Forchheim, ultra trail runner Stefan Meyer residing in Bräuningshof, and team founder and manager Johannes Hendel from Erlangen, as well as others. They train mainly on their “home trails” in the surrounding highlands. But the members of Team Schamel agree, there’s more out there than just training.

The Franconian Highlands need not hide behind the Alps.

The highlands of upper Franconia are not only an attractive area for hikers, climbers, outdoor-enthusiasts, pilgrims, and families, but also offer a paradise for trail runners. Local trail runners know. “The Franconian Highlands need not hide behind the Alps. The constant up and down along narrow technical pathways is especially challenging for both the mind and the body”, says Florian Troeger, who has successfully summited some of the highest mountains in the world and feels bound to his Franconian highland roots.

Johannes Hendel explains the vision. “We would like to stimulate the region by offering trail running events and by building a community that excites and draws people from beyond Germany’s borders into the Franconian highlands.” The dream has led quickly to action. At the beginning of December 2021, the five-member team introduced a newly founded event.

On April 23rd, an official ultra trail running event, the Ultra Trail Franconian Switzerland (UTFS), should premier. The event would present the best the Franconian highlands had to offer with along 65km and 2,500m of elevation gain. Runners could expect a high-class race past many of the Wiesent Valley’s many highlights, including challenging single track trails, world-renowned climbing rocks, and caves.

On the Mehlbeerensteig Trail past some climbing rocks © Gerhard Illig Photography

Germany’s top athletes test themselves in the Franconian highlands

It would take the tightly-knit organizational team just a few days after the beginning of registration to put together a field of the highest class. They would even have up-and-coming ultra trail star Alexander Westenberger standing at the starting line on April 23rd. The 27-year-old ultra trail runner from the Munich area had proven with his 2021 wins at Hochkönigmann and the KAT 100 Endurance Trail that he was at the forefront of Germany’s ultra trail runners.

The starting field would also be filled with high class female athletes. The German number two champion in Ultra Trail 2021 and native of Herzogenaurach Anke Friedl (Team Schamel) would be starting as a farvorite.

“In addition to many local and regional participants, we are especially excited about registrations from Berlin, Osnabrück, Wiesbaden and from all over Germany, as well as individuals from Switzerland and Norway”, explains Stefan Meyer.

For and together with the region

UTFS wants to include the region from the very beginning. We want to show the participants from outside the region all that the Franconian highlands have to offer, from local gastronomy partners offering refreshment to cultural and musical contributions. We also want to offer an event expo which features regional businesses and other organizations which would give them access to new customers.

“We’re pursuing long-term plans – for the sport of ultra trail running and for the region”, states course director Werner Schlund, who is most familiar with the trails and possibilities in the Franconian Alps. “The whole region should profit from them: Tourism, Gastronomy, Hospitality, and retail businesses”, adds Matthias Barsch “We are fully aware that it’s only possible if we work hand-in-hand with the local villages, towns, and municipalities”, Barsch continues.

More than just the efforts of a niche sport

The ultra trail running scene has developed from a group of individuals to a steadily growing and dynamic community. “ultra trail running has become respectable and much more than that”, The 41-year-old father of 2 often uses the Franconian Alps for family outings. The ultra trail runner isn’t only interested in so-called “ultra” distances, but rather also participates regularly in shorter events, and often in regular races on paved roads.

Starting in 2023, we want to offer shorter distance races and runs for kids in order to move beyond the 65km ultra trail. In addition to regular live events held year round, the team is working on another idea. “We’re thinking about offering seminars, workshops, trail running camps, and community runs”, explains Johannes Hendel, who is a certified conditioning coach. In order to make this dream a reality, it will also be important to work closely with regional partners.

Taken from the Hummerstein, looking into the valley toward Ebermannstadt © UTFS

For now we want to fully concentrate on April and on creating a memorable trail running experience which will leave a positive and lasting impression. “Since we first announced UTFS (short for Ultra Trail Franconian Switzerland) we haven’t had a moments rest and we’re excited about the ongoing demand”, says Florian Troeger. He sounds a word of caution that despite the long waiting list, they will not try to grow too big too fast. “We want to grow slowly, in a healthy, organic, and sustainable way.” 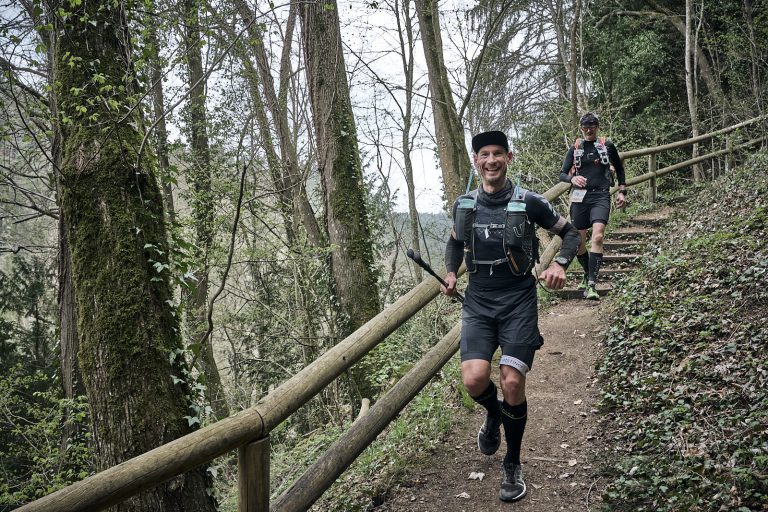 The discription for the 2nd Ultratrail Fränkische Schweiz on April 22, 2023 in Ebermannstadt, Franconian Highlands. 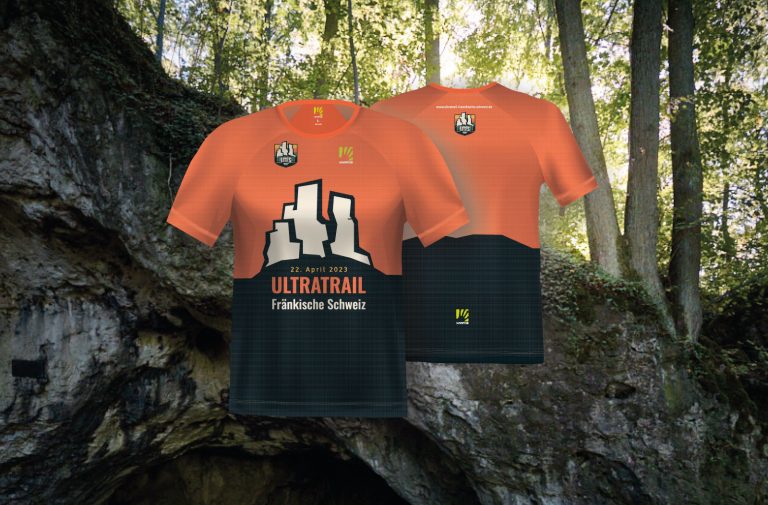 You want a UTFS race shirt? We don’t need to be told twice, so we’ve partnered with Karpos again to develop an exclusive UTFS race shirt for the second UTFS. 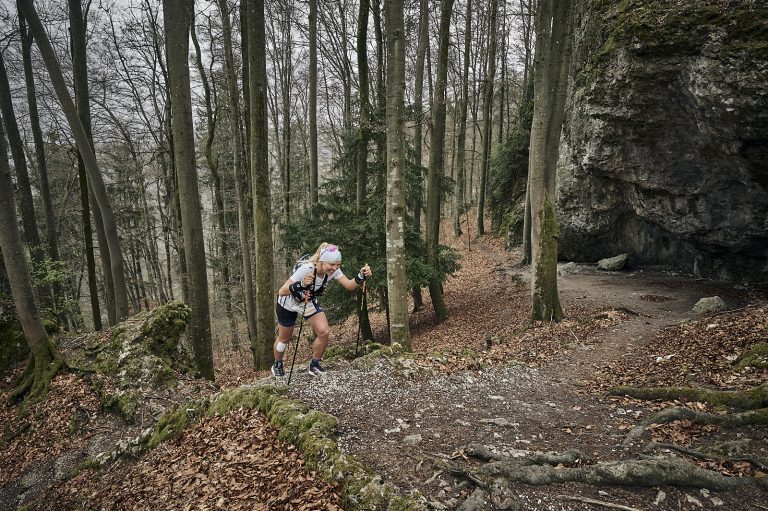 UTFS is heading into its second year

The 2nd UTFS promises new features and enhancements. Even after creating this event practically from scratch, there’s always room for improvement.